How To Earn With Crypto

EUR is showing flat dynamics against USD during today’s Asian session, testing 1.2130 for a breakout again. Investors expect new drivers to emerge on the market after updating local highs on EUR last week, but the picture remains the same so far. Market participants are concerned about the pace of economic recovery in the eurozone after the coronavirus epidemic, fearing that the current quarantine restrictions could slow this process, especially compared to the pace of growth of the US economy. Some support for the instrument at the beginning of the week is provided by the macroeconomic data from the US published on Friday. Michigan Consumer Sentiment Index in February fell from 79 to 76.2 points with the forecast of growth to 80.8 points. Today, traders focus on statistics from the eurozone on the dynamics of industrial production and the trade balance of the region for December.

GBP is once again strong against USD in Asia today, hitting record highs since April 2018. The instrument is gaining about 0.20% and is actively testing psychological resistance at 1.3900. GBP almost completely recovered after the publication of weak macroeconomic statistics from the UK at the end of the last trading week, when UK GDP in Q4 2020 grew by 1% QoQ after increasing by 16.1% QoQ in the previous period. Analysts had expected growth rate at 0.5% QoQ. In annual terms, the economy contracted by 7.8% YoY, slightly improving from the previous value of 8.7% YoY. At the same time, NIESR GDP Estimate in January indicates a further slowdown in the economy by 2.5% QoQ, which is significantly worse than the data for the previous period at +1% QoQ.

NZD is showing strong gains against USD during today’s morning trading session, again approaching its local highs, updated at the beginning of last week. The instrument is taking advantage of the weakness of USD, as well as closed markets in the US due to the national holiday. The pair is additionally supported by good macroeconomic statistics from New Zealand, which appeared at the end of the last trading week. Business NZ PMI in January rose from 48.7 to 57.5 points, which turned out to be much better than the forecasts of a decline to 48.2 points. The Food Price Index in January showed an active growth of 1.3% MoM after rising only 0.1% MoM in December. Analysts had expected increase by 0.3% MoM only.

USD has shown strong gains against JPY during today’s Asian session, once again trying to consolidate above 105.00. The focus is on macroeconomic statistics from Japan, which was encouraging for Japanese investors, but still did not lead to a change in the trading direction in the short term. Annual data on Japan’s GDP reflected the country’s economic growth in Q4 2020 by 12.7% YoY after increasing by 22.7% YoY in the previous period. Experts expected a slowdown in GDP to +9.5% YoY. In quarterly terms, the economy slowed down from +5.3% QoQ to +3% QoQ, which was also better than market expectations at +2.3% QoQ. Industrial production dynamics slightly improved from –3.2% YoY to –2.6% YoY, with neutral forecasts.

Gold prices are consolidating, waiting for new drivers to appear on the market. US markets are closed on Monday due to the President’s Day, further reducing trading activity. In turn, the position of USD remains attractive due to hopes for a recovery in the US economy in the near future. Some support for gold is provided by the growth of physical demand for the metal against the background of the celebration of the Chinese New Year; however, in the current environment, these factors are almost invisible in the current quotes of the instrument.

Hi, I’m Janna a part time Forex trader! I trade since 2005 for myself and share with everyone my experience! Follow my blog or check out my JannaFX YouTube channel!

My Free Signals, News and Updates 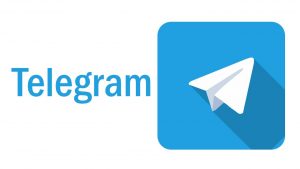 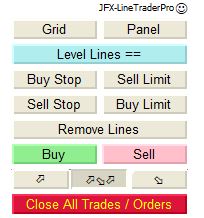 My Life Vlogs at Janna Travels

- FINIKO is a leading financial company in the cryptocurrency and forex

- Here's How To Make Extra Cash With Bitcoin

- Sign Up and Get 1 stock Free! No Credit Card!

- IQ Optionwiki - Great platform! Give it a try!

- Super EZ Forex! Simple Enough Your Kids Can Do it

- Join Robinhood and we'll both get a free stock

- Join Fiverr, discover the fastest way to hire freelancers, for any online project. Thank me later!

You can find out more about which cookies we are using or switch them off in settings.

This website uses cookies so that we can provide you with the best user experience possible. Cookie information is stored in your browser and performs functions such as recognising you when you return to our website and helping our team to understand which sections of the website you find most interesting and useful.

These cookies remember your region or country, language, accessibility options and your settings. This also includes things like your User ID on the signing in page.

These cookies help us decide which products, services and offers may be relevant for you. We may use this data to tailor the ads you see on our own and other websites and apps.

You can adjust all of your cookie settings by navigating the tabs on the left hand side.

Strictly Necessary Cookie should be enabled at all times so that we can save your preferences for cookie settings.

If you disable this cookie, we will not be able to save your preferences. This means that every time you visit this website you will need to enable or disable cookies again.